The District is a conservation and reclamation district created on July 2, 1996 by the Commissioners Court of Fort Bend County, Texas. The District’s plan of reclamation was approved by the Texas Natural Resource Conservation Commission, predecessor to the Texas Commission on Environmental Quality ( the ―Commission‖ or ―TCEQ‖), on May 5, 1997. The District contains approximately 567 acres of land located in the central portion of Fort Bend County, approximately 20 miles southwest of downtown Houston, Texas. The District lies entirely within the corporate limits of the City of Sugar Land. U.S. Highway 59 is north of the District and the Brazos River, at its nearest point, is south of the District. The District is located within the boundaries of the Fort Bend Independent School District.

View a map of our district (click here to open). 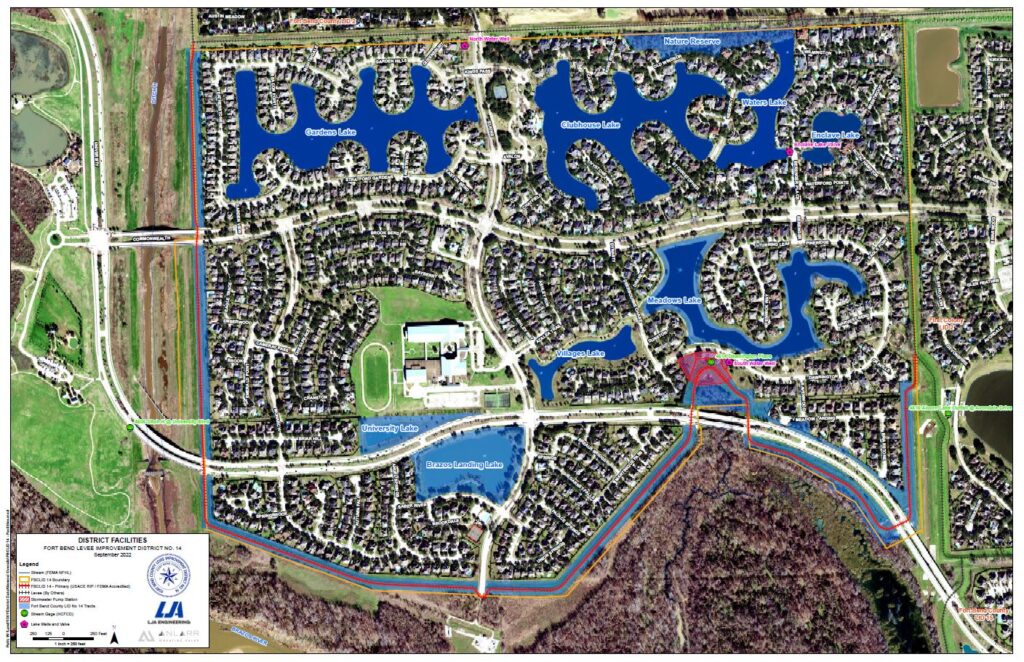